L-systems are a formal way to make interesting visualisations. You can use them to model a wide variety of objects: space-filling curves, fractals, biological systems, tilings, etc.

A few examples to get started 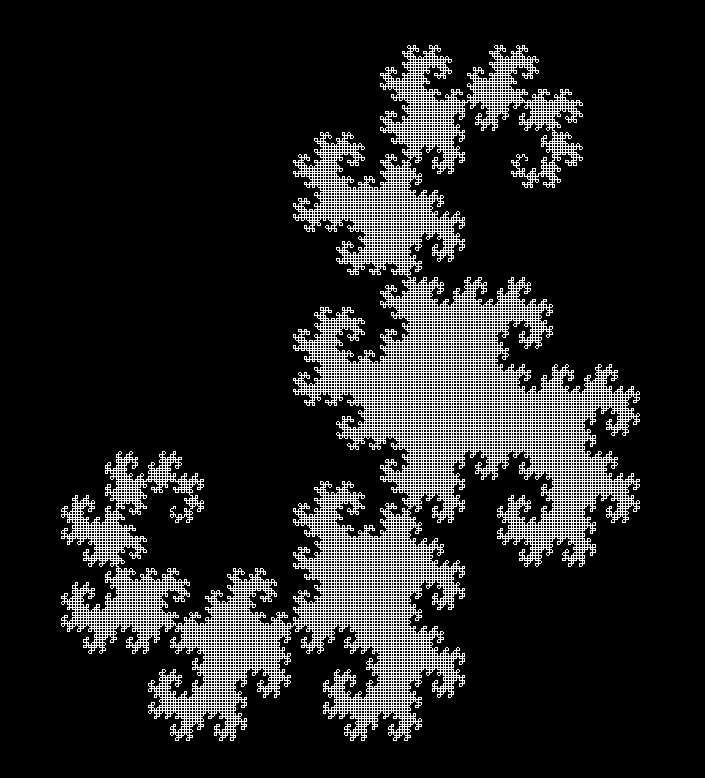 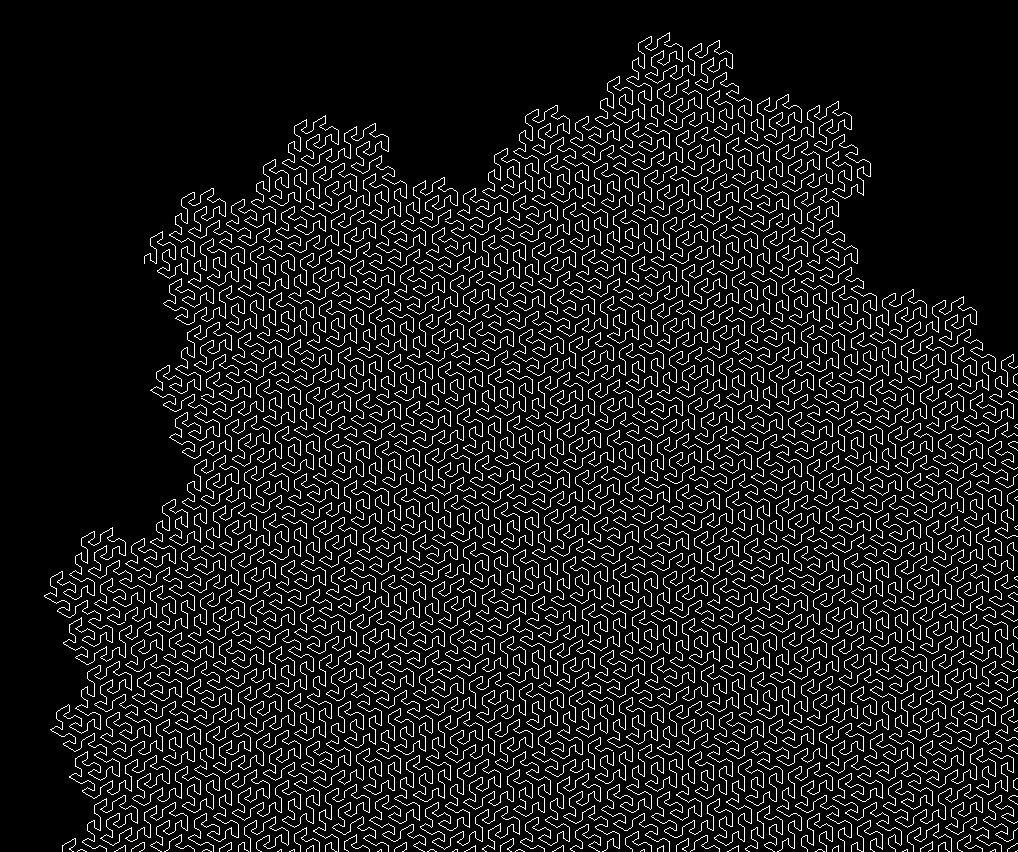 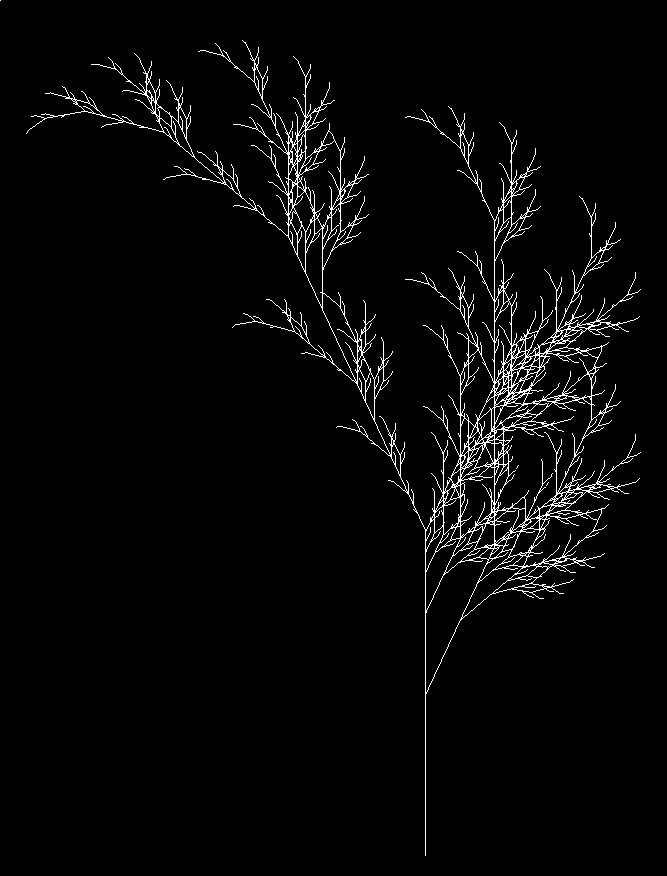 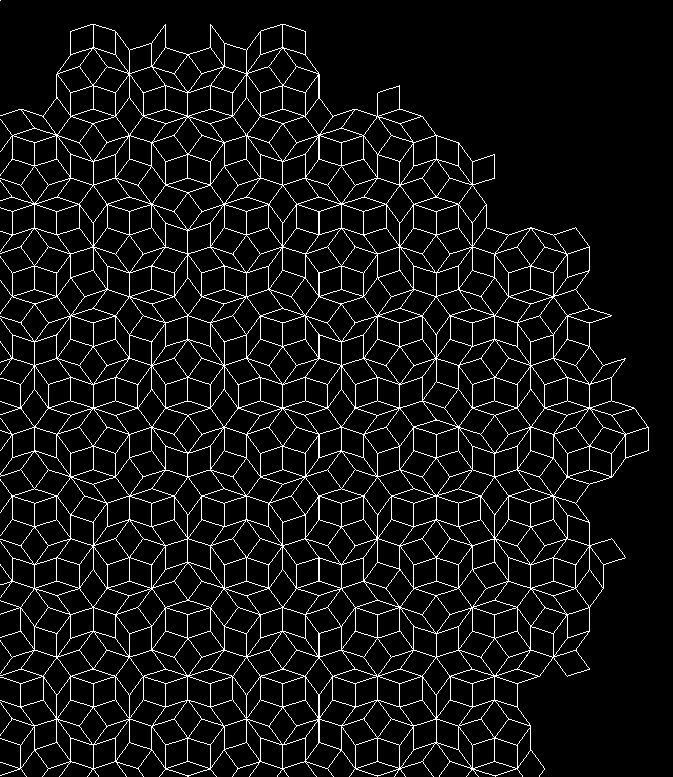 During an iteration, the algorithm takes each symbol in the current word and replaces it by the value in its rewriting rule. Not that the output of the rewriting rule can be absolutely anything in \(V^*\), including the empty word! (So yes, you can generate symbols just to delete them afterwards.)

At this point, an L-system is nothing more than a way to generate very long strings of characters. In order to get something useful out of this, we have to give them meaning.

Our objective is to draw the output of the L-system in order to visually inspect the output. The most common way is to interpret the output as a sequence of instruction for a LOGO-like drawing turtle. For instance, a simple alphabet consisting only in the symbols \(F\), \(+\), and \(-\) could represent the instructions “move forward”, “turn right by 90°”, and “turn left by 90°” respectively.

Thus, we add new components to our definition of L-systems:

The mathematical definition above translate almost immediately in a Haskell data type:

Here, a is the type of the literal in the alphabet. For all practical purposes, it will almost always be Char.

Instruction is just a sum type over all possible instructions listed above.

From here, generating L-systems and iterating is straightforward. We iterate recursively by looking up each symbol in rules and replacing it by its expansion. We then transform the result to a list of Instruction.

The only remaining thing is to implement the virtual turtle which will actually execute the instructions. It goes through the list of instructions, building a sequence of points and maintaining an internal state (position, angle, stack). The stack is used when Push and Pop operations are met. In this case, the turtle builds a separate line starting from its current position.

The final output is a set of lines, each being a simple sequence of points. All relevant data types are provided by the Gloss library, along with the function that can display the resulting Picture.

In order to define new L-systems quickly and easily, it is necessary to encode them in some form. We chose to represent them as JSON values.

Here is an example for the Gosper curve:

Using this format, it is easy to define new L-systems (along with how they should be represented). This is translated nearly automatically to the LSystem data type using Aeson.

We can widen the possibilities of L-systems in various ways. L-systems are in effect deterministic context-free grammars.

By allowing multiple rewriting rules for each symbol with probabilities, we can extend the model to probabilistic context-free grammars.

We can also have replacement rules not for a single symbol, but for a subsequence of them, thus effectively taking into account their neighbours (context-sensitive grammars). This seems very close to 1D cellular automata.

Finally, L-systems could also have a 3D representation (for instance space-filling curves in 3 dimensions).

Apart from the selection of the input JSON file, you can adjust the number of iterations and the colors. 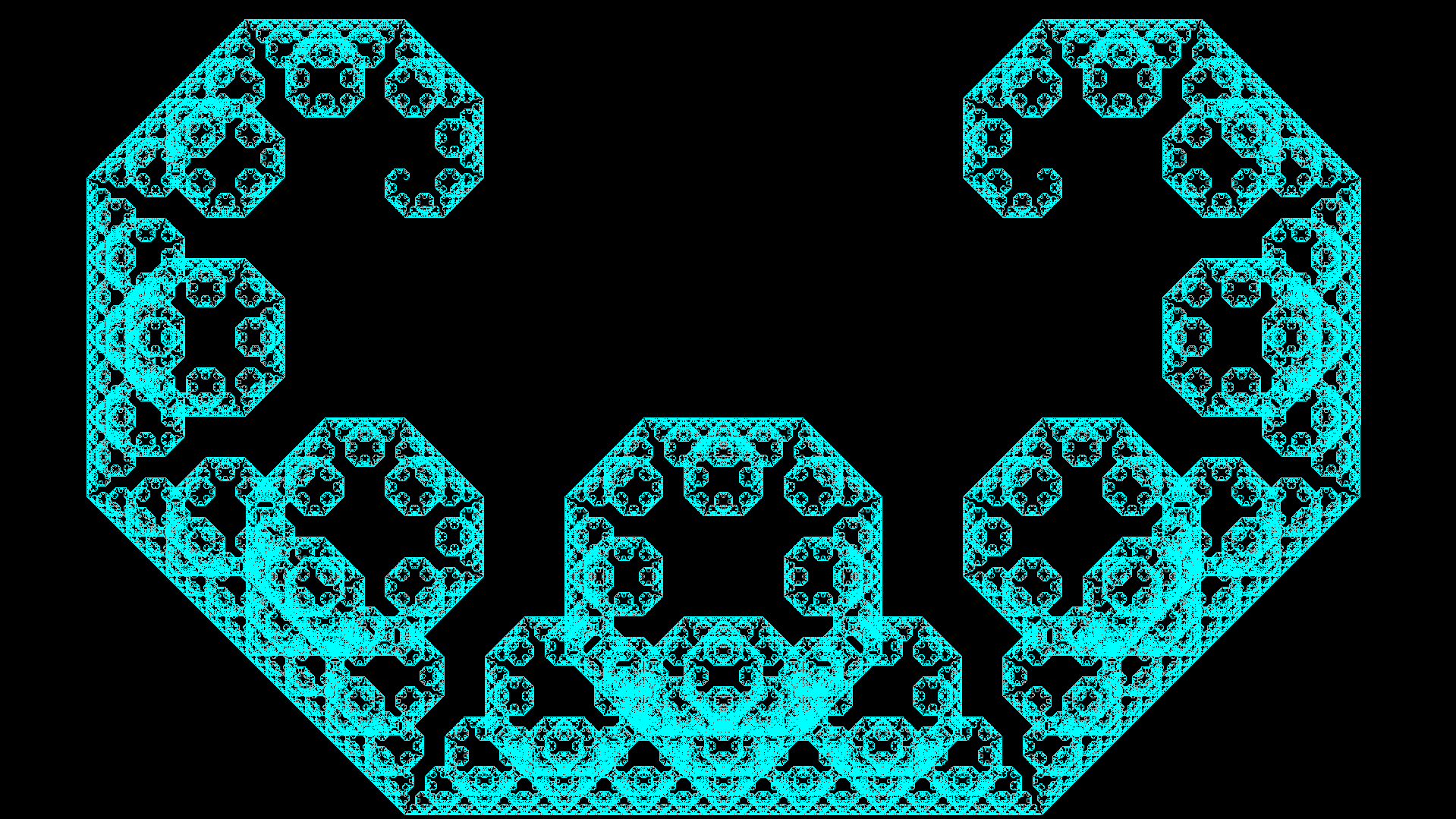